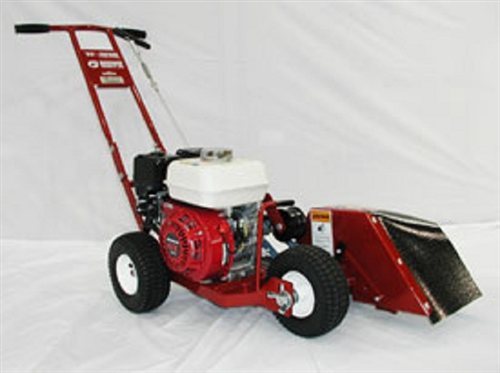 The BedEdger system sold by Brown is designed to create stunning flowerbeds and shrubbery areas that have an exact edge alongside the grass of residential and commercial lawns. The system is used most frequently in the early fall or early spring, when new planting is being completed and the lawn needs to be expertly maintained. Between those two seasons, though, the edging may become ragged and worn. When edging is in need of being refreshed, Brown’s ReDefiner system is the obvious choice for consumers. It cleans up dirt and barriers, giving the lawn a renewed sense of like-new edging.

Key Features: A Look at the Brown ReDefiner

The ReDefiner system is specifically designed by Brown to work with the BedEdger that the company sells to residential and commercial customers alike. The general purpose of the equipment is to freshen up existing edging that might have been affected by the elements or the natural shifting of dirt and plants during a typical outdoor growing season. It is one of the few systems that is designed to work in tandem with an existing edging product. Its assured compatibility with the Brown ecosystem is a major benefit for commercial companies that have already invested in Brown’s unique offerings.

The ReDefiner is also uniquely lightweight, coming in at just 90 pounds. That’s quite a bit larger than other “refresher” systems that are sold by competing manufacturers, and it gives the equipment a great way to be useful in both commercial and residential environments. It won’t be very hard to pick up the ReDefiner and tote it to wherever it is most needed in a residential setting, and the same applies to the much larger commercial landscaping jobs for which this equipment is often purchased.

A rubber hood attached to the Brown ReDefiner helps to actually control dirt during the cleanup process, ensuring that the hard work put into redefining edging won’t be undone by a gust of wind or other natural events. That’s hard to find on competing models, and it’s another reason that Brown’s attention to detail has been winning it scores of new customers over its time in the industry.

The Right Specs to Keep Lawns in Top Shape

Brown is legendary for its choice of Honda as the near-exclusive provider of engines for its power equipment offerings, and the ReDefiner is no exception. This unique piece of equipment comes standard with a single-cylinder Honda GX engine that can produce a respectable 5.5 horsepower during regular operation. It is this sizable amount of horsepower that allows the ReDefiner to move at 65 feet per minute during most edging tasks, which easily beats competing models.

The refreshing of existing edging can be done in varying widths. The ReDefiner supports working in 2-inch, 3-inch and 4-inch capacities, handling a wide variety of beds in both residential and commercial landscapes.

Benefits of Choosing the Brown ReDefiner

One of the things that set the Brown ReDefiner apart from its nearest competition is that it is specifically designed to coincide with the features and operation of the Brown BedEdger system. That type of compatibility makes it easier for first-time buyers to use, and it enhances the system’s convenience for commercial buyers and homeowners as well.

A lightweight construction and a mere 26 inches in width also makes the ReDefiner easier to transport than its competition. This is important to many buyers who view ease of transit as a key selling point when choosing any kind of power equipment.

Maintaining beds and crafting a tidy lawn appearance is sure to put some wear and tear on Brown’s ReDefiner equipment after several months of use, and buyers will soon find themselves performing all kinds of maintenance in order to keep the system usable and maximize their investment. When it’s time to replace certain parts of the ReDefiner, buyers would be well advised to choose OEM replacement options over competing off-brand parts made by other manufacturers.

That’s because OEM parts are made by Brown’s manufacturing staff in the company’s regular factories, ensuring their compatibility with existing models already on the market. In fact, the OEM nature of these parts means that they’ll be essentially identical to the ones that they’re replacing in the ReDefiner. There’s no better guarantee of quality and compatibility than using OEM parts.

For those consumers who are in the market for Brown’s unique ReDefiner system, there are few options more attractive than Shank’s Lawn Equipment. The company has been in the power equipment industry for decades and has cultivated healthy relationships with major manufacturers. For buyers and owners of Brown products, that means better deals, better service and a larger selection of OEM replacement parts after the purchase is complete.

Since 1984, Shanks Lawn Equipment has been in business, providing parts, service and equipment to the surrounding areas. If you are in the Franklin County and Fulton PA area, stop by to visit our location and our knowledgeable staff.