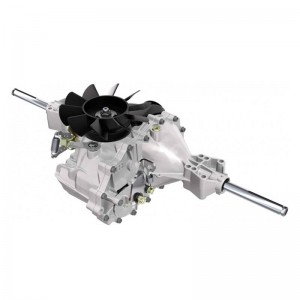 If you have outdoor power equipment that uses a hydrostatic drive system, there’s a good chance it uses something from Hydro-Gear. This company manufactures transmissions and transaxles for everything from residential riding mowers to the biggest commercial ZTRs. What do you need to know to take care of this equipment?

Your equipment’s Hydro-Gear transmission or transaxle will have a large sticker on it with the Hydro-Gear logo. This sticker has all the information you need to identify this component so you can get the correct parts.

Hydro-Gear issues serial numbers based on the day the product was manufactured. This serial number includes a single-digit year, a three digit day of the year, a letter indicating product information, and the serial number.

It may be easy to jump to the conclusion that an internal failure is preventing the hydrostatic system from working correctly, but in most cases, problems are due to external issues that are easy to fix.

Start with the basics: if the engine isn’t at full throttle or the brake is partially engaged, the equipment can’t reach full speed. If one of the tires on the drive wheels has less air than the other tire, the equipment won’t track straight. Like the engine, transmission overheating can be caused by layers of dirt that block the transfer of heat to the outside air.

A linkage transfers movement from the controls on the equipment, whether it’s a pedal or lever, to the transmission or transaxle. If it’s bent, it can prevent the valves from being opened to move the vehicle at full speed, turn, or even move at all in one or both directions. Likewise, a slipping drive belt can cause similar problems.

Air inside the hydraulic system can also cause several performance problems as well as increased noise and internal temperatures.

Currently, Hydro-Gear’s hydraulic systems are designed to work with 20W50 motor oil. Some residential models may be designed to be maintenance free, but may require an oil change after severe use or overheating. Most commercial models need to be changed after the first 75-100 hours of use, then every 400 hours thereafter.

The fill port should be opened before draining. If the transmission has an expansion tank, the cap should be removed before draining the oil. On the RT-310, which is found in snowblowers, a piece of transparent tape should be applied over the holes in the expansion plate at the top of the unit, then removed after the transaxle has been filled.

On some smaller units, there are no drain plugs. To get the oil out, the transmission needs to be removed from the equipment and tilted to let the oil flow out of the fill port.

To fill the transmission, add oil until it’s at the top of the fill port. If there is a vertical filler neck, there will be a clear mark on the inside of the neck.

Purging Air from the Hydraulic System

To perform this procedure, the transmission needs to be mounted in the mower and the drive wheels need to be raised off of the ground.

1. Open the bypass valve.
2. Start the engine and set the throttle to ¾ open.
3. Slowly move the directional control, whether it’s a pedal or lap bar, forward and back 5 or 6 times. Some air should be pushed out of the system.
4. Close the bypass valve.
5. Slowly move the directional control forward and back 5 or 6 times.
6. Check the oil level. If it’s low, shut off the engine and add more oil.

If the wheels aren’t moving at full speed, steps 1-6 may need to be repeated to get any remaining air out of the system.

Getting Parts for Your Hydro-Gear Transmission

If you need parts for your Hydro-Gear transmission or the equipment it propels, visit Shank’s Lawn Equipment. We’re a certified dealer for almost every major outdoor equipment manufacturer. Visit our shop at 4900 Molly Pitcher Highway in Chambersburg, PA. That’s one mile east of I-81 via Rt. 11. Not in the area? We ship across the U.S. and Canada. To order from us, visit www.shankslawn.com.