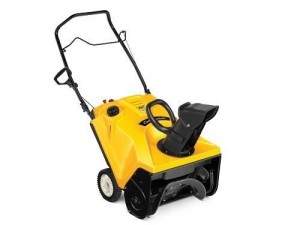 Whether it’s due to minor damage or operator oversight, snow thrower maintenance issues can sometimes delay snow cleanup by at least a few minutes. The good news for snow throw owners is that most of these issues can be diagnosed quickly. With a few simple steps, the repair process will restore the equipment’s capabilities and eliminate a few big headaches in the process.
Always Make Sure to Troubleshoot Safely