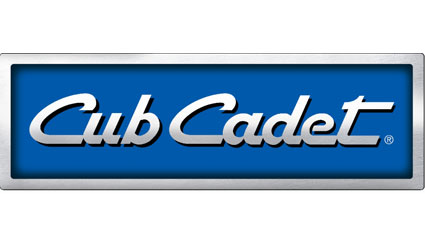 Cub Cadet 3X snowblowers are easily the most powerful models on the market, and they’re made by a manufacturer whose name is essentially synonymous with durability. Even so, the occasional starter problem or engine issue can cause homeowners a bit of frustration when they operate the equipment throughout the winter. Most of these issues are pretty basic, and they can be quickly solved with a number of quick fixes that range from fuel valve adjustment to the removal of obstructions. Before calling a Cub Cadet retailer to arrange for equipment service, try these key troubleshooting tips first.

Engine Problems: What to Do if the Engine Won’t Start

The Cub Cadet 3X has one of the most powerful engines on the market, but that doesn’t mean it can start if the fuel valve is in the wrong position or if there simply isn’t enough gasoline available to get the equipment operating. Before assuming the worst, go ahead and try each of these quick fixes that will likely get the engine started in no time at all:

An Erratic or Surging Engine is Usually Pretty Easy to Fix

If the snowblower’s engine starts without much effort, but quickly sounds as if its surging and then losing power, there are typical several pretty quick things to check. Everything from fuel quality to fuel clarity could be causing the engine to suffer from a lack of consistent power.

Once the engine is on, most Cub Cadet 3X snowblowers should be able to maintain a high level of power for very efficient snow clearing. If this is not the case, it’s time to check the fuel, spark plug, and other areas of the equipment that supply an actual energy source to the engine.

If the snowblower runs perfectly but is having problems discharging cleared snow, the problem is almost always the fault of a major blockage. With a snow clearing bar, check the intake and discharge chutes for ice buildup, snow blockage, or large debris that could be causing problems. If these things are not to blame, check that the auger belt has not been damaged or removed from its pulleys.

For Parts and Other Troubleshooting Ideas, Visit ShanksLawn.com

With decades of experience and a great parts lookup tool, ShanksLawn.com can help consumers find the Cub Cadet snowblower and parts that they need the most. That makes it easy to keep up with both maintenance and Mother Nature throughout the winter months.

Since 1984, Shank’s Lawn Equipment has been one of the most experienced and trusted Cub Cadet dealers South Central Pennsylvania area.  For the right combination of service, support, and parts, look no further than the Cub Cadet experts at Shank’s.