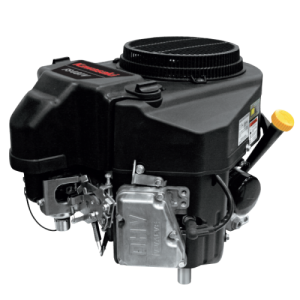 When it comes to major landscaping projects, few engines get the job done like those in the FS series of engines sold by Kawasaki. The company’s FS line of engines was specifically designed to handle big landscaping and mowing tasks, and it is one of the newest product lines issued by the company in its growing assortment of compact engines. Their combination of great performance and 21st century efficiency means that each engine will be able to last throughout a long day of mowing or landscaping, largely without the need for a refuel or even a pause during particularly intense conditions.

The FS series of engines is the more robust version of Kawasaki’s v-twin engine models. It’s specifically designed for landscaping, as well, giving it the kind of specialization that many competing models simply do not have. It’s a refreshing change of pace both from the compact engine industry at large and from Kawasaki itself. The engine’s efficiency is targeted to larger pieces of equipment, and Kawasaki has specifically worked to reduce the weight of the engine in order to promote better use of fuel and oil in the engine during particularly long tasks.

Kawasaki’s FS series of two-cylinder engines features a 90-degree, compact, v-twin architecture that is far more compact than any other engine currently on the market. This design was chosen because of is compact size and its ability to produce a great deal of power, helping to ensure that large landscaping or mowing jobs — performed by some of the largest and heaviest equipment in the business — can be done smoothly, even in the harshest conditions.

The FS series features an internally vented carburetor, ensuring smooth and efficient cooling. A fuel shut-off solenoid is also included to boost efficiency of the engine overall. Because landscaping conditions can be pretty tough on engines and equipment, the FS series produced by Kawasaki comes with a dual element air filter as well as a plastic blower housing that ensures smoother operation, easier deflection of debris, and a quieter ride overall.

Five FS engine models are available for purchase by consumers, and they range in power from a low of 14 horsepower to upwards of 23 horsepower on the company’s highest-end FS series model. Forced air-cooling comes standard on each model, ensuring that even the hottest summer days won’t overheat the engine or cause serious maintenance concerns to derail a major landscaping project. The company’s smaller engines hold 1.8 quarts of oil, while higher-powered models hold an impressive 2.2 quarts, ensuring that no job will need to be put on pause in order to refuel.

Sizing Up the Competition: Where the FS Series Maintains a Competitive Advantage

Kawasaki’s FS series of engines is just one of many high-powered v-twin products on the market. The company’s most direct competition is fellow Japanese engine manufacturer Honda. Like Kawasaki, Honda has been committed to a blend of affordable power and next-generation efficiency in its v-twin engine products. Unfortunately, Honda’s engine offerings are decidedly less robust in this category and therefore aren’t able to easily adapt to buyers’ needs for both power and efficiency.

Kawasaki holds the upper hand with its five flexible models, whereas Honda features just two comparable models in its GX series. Both of those models produce roughly the same horsepower, but are far less efficient overall. In terms of long-term operating costs, Honda buyers will definitely outspend their counterparts who own Kawasaki FS engines.

Kohler, another major name in engine manufacturing, also offers a similar line of engines. However, its focus is not on creating a lightweight, efficient engine. This, too, can lead to a higher cost of ownership overall during the engine’s lifetime. It can’t be stated often enough: No company combines value, power, and efficiency, quite like Kawasaki. It’s why the brand continues to surge in popularity around the world.

Current technology is all about going green, and that means promoting higher efficiency without sacrificing the amount of power that can be produced by an engine. Vehicles are still managing this delicate balance with every new model year, and smaller engines are experiencing the same kind of growing pains. Often, it seems as if engines for landscaping will get somewhat more efficient, but less powerful, or somewhat more powerful, but less efficient. Many landscapers simply take this tradeoff for granted.

There is no such tradeoff to be made, however, when selecting one of the five Kawasaki FS engines currently on the market. With an overall lighter weight than competing options, and roughly the same horsepower, the company is the first to bring eco-friendly operation to major landscaping jobs. Even older equipment will benefit from these next-generation engines. How will your landscaping look with a more efficient engine from Kawasaki?

Since 1984, Shank’s Lawn Equipment has provided thousands of people with the best outdoor power equipment on the market. If you’re in the Adams County, PA, Washington County, MD or Berkeley County, WV , area and need service for your Kawasaki FS Series Engine, be sure to stop by Shank’s Lawn Equipment. Or visit them online at www.shankslawn.com, to order parts for your Kawasaki FX Series engine.

This entry was posted in Uncategorized and tagged FS Series Engine, Kawasaki. Bookmark the permalink.