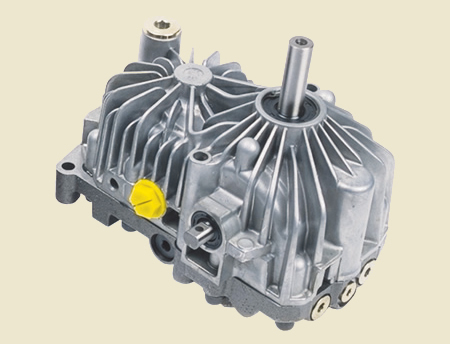 Hydro-Gear has won acclaim as a real innovator when it comes to powering some of the most popular and powerful equipment selections on the market. Thanks in no small part to a thriving research and design operation, the company has developed an extensive lineup of powerful and efficient transaxles and broader, hydrostatic drive systems that keep equipment moving smoothly and effectively forward. The results of the company’s significant commitment to research and design have yielded one of its most popular products. The ZT-2100 hydrostatic drive system is a highly efficient transaxle with the right amount of power and performance for a number of smaller outdoor equipment options for virtually every need.

Features and Benefits of the ZT-2100 Hydrostatic Drive System

Hydro-Gear designed the ZT-2100 system to be strictly consumer-oriented, designed to handle a wide range of tasks when paired with new or existing residential equipment. To that end, the system is relatively lightweight in comparison to larger, commercial-targeted drive systems. It’s also highly efficient, with enough power to take on routine tasks around the home. Essentially, there are three major features that separate the ZT-2100 hydrostatic drive system from competing options offered by other manufacturers in this space:

– The ZT-2100 derives most of its power and directional accuracy from a seven-piston, variable displacement system rated at 10cc of total displacement. This provides for powerful, but relatively smooth, directional control.

– The drive system is further enhanced by its five-piston motor, which also comes with a fixed displacement of up to 10cc during each use. That creates a consistent mode and method of operation that delivers powerful, but predictable, results.

– All power supplied to the drive system is routed through its mechanical gear reduction system, which comes with single shaft output. That means the ride itself is generally smoother and less fatiguing than it would be with a competing system.

These three hallmark features and benefits of the ZT-2100 hydrostatic drive system from Hydro-Gear are backed up by smaller features that serve to enhance the experience in minor ways during use. The drive system comes with a 7-inch fan system, large by industry standards, which keeps things cool during even more extensive periods of use. Efficiency has been boosted, while Hydro-Drive has reduced the potential for leak points and has focused extensively on reducing regular maintenance requirements.

All told, that means a smoother ride and easier long-term durability for the average homeowner. When a system like this one can remove many maintenance hurdles and potential leaks from the equation, residential customers tend to benefit in big ways throughout the life of the transaxle.

Compared to most commercial hydrostatic drive systems, the Hydro-Drive ZT-2100 is a compact and lightweight option. The company rates its weight at just about 29 pounds, ensuring that it won’t significantly weigh down power equipment or cause its overall fuel efficiency to suffer. What’s even more impressive is that this drive system, at just 29 pounds, can easily handle moving power equipment systems that weigh up to 800 pounds. That makes it perfect for most riding mowers and other residential options that require a smooth, capable ride.

Another key metric worth looking at is the maximum forward speed allowed by the ZT-2100 system after installation. Hydro-Gear rates the equipment at a maximum forward speed of just about 6 miles per hour, which is pretty respectable for a hydrostatic drive system of this size and weight. Reverse speeds will generally be a bit slower, but they’re still on target for either average or above-average performance with today’s most common riding lawn mowers and other common residential equipment solutions. Maximum RPMs with this system max out at about 3000 RPM with no load, in a “hi idle” operating environment. When fully loaded, the system will still crank out a minimum of 1800 RPM during most conventional work.

The company’s ZT-2100 comes with an overall transaxle reduction ratio of 19.2:1, which is pretty impressive for a system of this size and scope. It can output up to 200 pound-feet of torque, which is another impressive demonstration of just how much power is contained in this 29-pound package. Altogether, the ZT-2100 has the specifications needed to get the job done, all while impressing residential consumers and allowing them both easier and less fatiguing operation overall.

ShanksLawn.com is a Great Destination for ZT-2100 Buyers

For those who are sold on the compact size and powerful performance of Hydro-Gear’s ZT-2100 hydrostatic drive system, Shank’s Lawn Equipment can help. The company offers not only brand new ZT-2100 systems, but also a great selection of OEM parts that will help with routine maintenance and the occasional repair. For the best combination of service, support, and parts availability, be sure to check ShanksLawn.com first. If you’re driving through the  South Central PA area, be sure to stop by and visit with one of our experts.