Getting Your Mower to Start: Solutions for Common Problems After Storage 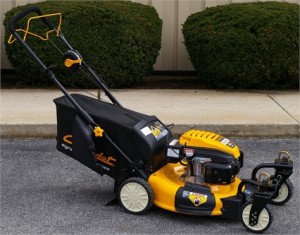 The snow is gone, your grass is turning green, and it’s time to cut grass for the first time this season. There’s just one problem: you can’t get your mower to start after it’s been in storage all winter. Here are the most common reasons your mower won’t run, and how you can fix them.

Modern mowers are designed with fail-safes that cut engine power if the operator leaves the controls. If you don’t know how to use them, even a perfectly functional mower won’t start or stay running.

Walk-behind mowers have an operator presence bail on the handle that must be held closed. Make sure the cable connected to the bail is pulled tight. Over time, the cable will stretch, keeping it from engaging the lever on the engine. Depending on your model, you may have a second hole to slip the cable end into account for this stretching. If the cable is still loose, you’ll need a replacement.

Riding mowers have several switches that must be on for the engine to run. The operator needs to be in the seat, the PTO must be off and the parking brake must be engaged before the engine will start. The clutch also has to be pushed in on geared mowers. If you lifted the seat recently to access the battery, make sure it’s clipped into place. Otherwise, the seat sensor won’t work.

Without oil, an engine will go from running to seized in minutes. To prevent this, most modern small engines have an oil sensor that cuts the ignition. Check the oil level to make sure you aren’t triggering this switch.

If you left gas in your mower’s fuel tank over the winter, you’re going to have problems. Even fuel treated with a stabilizer will start to break down after three months. Start by draining out the old fuel into a gas can. The EPA recommends using old fuel in your car. The fresh fuel inside the tank dilutes the old fuel, and your car’s fuel injectors are less sensitive to stale fuel.

If your mower has a V-Twin or a commercial single-cylinder engine, it probably has an in-line fuel filter between the tank and the carburetor. Check this filter for blockages and replace as needed.

Waxes and varnishes in old fuel can block the jets in your mower’s carburetor. If your engine doesn’t want to run on fresh fuel, try spraying the jets with carburetor cleaner.

A clogged filter will keep the engine from drawing in the air it needs to run. Even if you replaced the filter elements before storing your mower, they could be damaged. Filters and air cleaner boxes are a common target of rodents, whether they chew up the filter, or leave nutshells and other debris in the box.

Make sure the plug cap is fully seated. It’s standard practice to disconnect the plug when working on the engine to prevent accidental starts. If that doesn’t work, pull the plug and inspect it. Replace the plug if it’s worn out or damaged. The color of the electrode can tell you what’s going on with your engine:

Wet plug – Engine flooding
That shouldn’t be a surprise if you aren’t able to get the engine to start. Gas is entering the cylinder but isn’t being burned.
Ashy – Lean fuel mixture
Try cleaning the carburetor to restore fuel flow and bring the air/fuel mixture back into balance.
Black – Rich fuel mixture
Usually, this is caused by a dirty air filter. With less air coming into the engine, there’s too much fuel being added to the air/fuel mixture.

You can use a multimeter to test the condition of your mower’s battery. Set it to volts and connect the leads to the matching battery terminals. You should expect a 12-volt battery to have an output of 12-13.5 volts. If you get a reading of 10.5 Volts or lower, the battery is bad. If it’s between 10.5 and 12 volts, it may just need a recharge.

A mower battery is a lot smaller than a car battery, limiting the amount of current it can take when recharging. Limit your charger’s output to 1 or 2 amps if you’re recharging a riding mower battery. Batteries used in walk-behind mowers like Honda’s HRX series need a special low current charger.

Need Something to Get Your Mower Running?

Shank’s Lawn Equipment doesn’t just sell mowers. We have the parts you need to keep your mower running and a service department that can help you with bigger problems. We’re an authorized dealer for most major lawn mower and small engine manufacturers including Honda, Briggs & Stratton, Cub Cadet, Skag, Exmark and Kohler. Stop by our shop at 4900 Molly Pitcher Highway in Chambersburg, PA. You can also order parts from us on our website, www.shankslawn.com. We ship across the United States and Canada.